Unfortunately, our complementary project, namely the dog backpack or dog carrier backpack for dogs weighing 16kg to 30kg, is delayed.

We are now in what is probably the penultimate test phase of our previous prototype series. So far we’ve had to work on the dimensions of the backpack. Finally, we have now found that the XXL dog backpack still hangs too low, as it weighs too much on the pelvis or in the hip.

It was also not easy to find someone for a permanent test to research the weaknesses of our previous prototypes. What was in demand was a person who owns a dog with about 25kg, and with it spent about 1-2 hours a day in the DogCarrier, also goes partly bumpy stretches.

Of course, the dog should also have fun, and not be abused for our testing purposes.

For this job, by chance, we then found-you can hardly believe it-a woman! An avid climber and mountain walker, with two dogs.

The of the two animals, a little older but basically unclamlike, still has to be carried again and again, because otherwise she could only have walked the distances with difficulty. The first acquaintance with our XXL-dog carrier backpack-prototype was made by the at our home in Starnberg.

Frauchen was looking for such a carrying system, had read on the lookout of our media announcement to create a backpack for dogs weighing up to 30kg. In the course of contacting us, Frauchen then decided to come with her dogs with her dogs privately in Starnberg, first of all to carry to the rehearsal.

Frauchen then arrived with her dogs, and we went together to the garage, just where the current prototypes were stored. The male felt demonstratively comfortable with us; He unceremoniously jumped on my table, and lay down there, listening to our conversation.

After explaining and showing the backpack, I put on this the, who had this done very pleasant with her (I am a stranger to her …).

First I carried the in the courtyard of our garage descent for a while to get a sense of the different forces myself. Then we switched to the woman. We then took pictures. Initially, the sat a bit uptight, and in addition wrong, as you can see in the pictures, in the backpack.

I then went off bit by bit the possible problem areas to check whether, and if so what, could affect or affect the dog while carrying.

I then found a feature, which was the chest harness, to be a weak spot. This will, of course, be one of the changes that still be to be carried out in the next prototype.

Frauchen has then offered herself as a tester, and was in fact in the mountains with the XXL dog backpack and her two animals. She told me today via Whats App about the vulnerabilities she had identified during the two-time, one-hour carry march (uphill and downhill). She also sent me the pictures, including the XXL-Dog Carrier leaning in front of the summit cross.

I would like to thank Mrs H. very much for your support, and I am sure that the XXL dogCarrier will use it to grow into a product that is as mature as the Small and BIG variants already are.

But we also ask those who were hoping that the XXL version will be available as early as October. We have announced this with great Great, and we would like to apologize for this from the bottom of our hearts!

As things stand, we expect the XXL version to go into series production between November and December 2017!

Below we add photos. Those who show the Labrador with the DogCarrier represent the second version of our previous prototype series. The third series of prototypes we now call the “summit cross series,” according to the actual, and proverbial test run;-)

If you want to read more feedback from interested parties, customers or critics, you can make yourself aware of Facebook at: 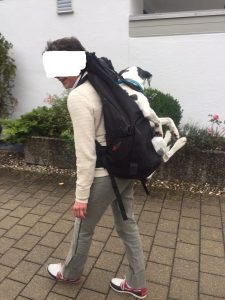 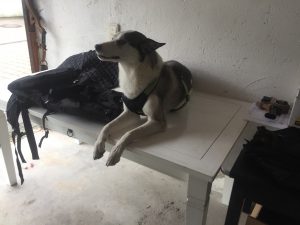 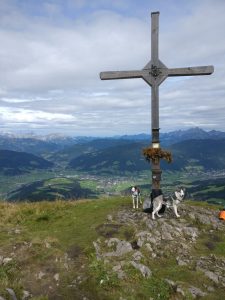 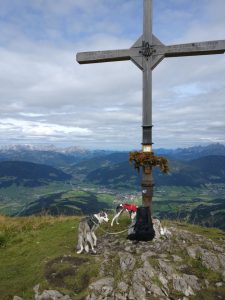 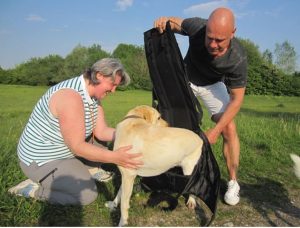 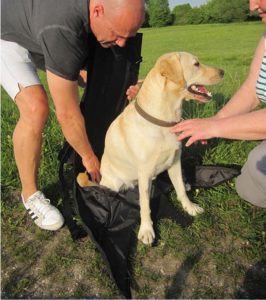 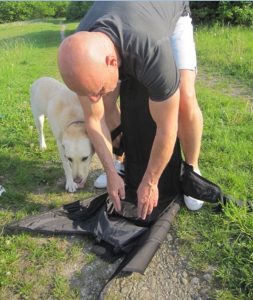